I include Arthur Koestler 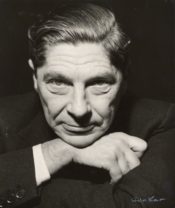 (1905 – 1983) in this list of kindred spirits because his scientific trilogy, encapsulated in Janus: A Summing Up, was an enormous influence on the development of my ideas in the early 1980s, as I set out to introduce a scientific revolution that could answer the most critical unanswered question in science:

What is causing scientists and technologists, aided and abetted by computer technology, to drive the pace of scientific discovery and technological development at unprecedented exponential rates of acceleration?

Koestler’s books challenged scientific orthodoxy, identifying four pillars of unwisdom in The Ghost in the Machine, highlighting the absurdities and limitations of the biological, behavioural, mechanistic, and quantitative sciences. These have now become seven pillars of unwisdom, misconceptions of God, Universe, Life, humanity, money, justice, and reason, which clearly need to become the seven pillars of wisdom if humanity is ever to become fully awakened.

Looking at human learning as a whole in the context of evolution, Koestler saw that we are a species of sleepwalkers, as we have floundered our way towards discovering how the Universe is designed over the years. I particularly enjoyed his in-depth researches in The Sleepwakers, narrating the history of the first scientific revolution from the ancient Greeks, through Copernicus (the ‘timid canon’), Kepler, and Galileo, to Newton.

Today, we are not so much sleepwalkers as sleeprunners or sleepdrivers, myopically driving our cars along the highway at accelerating speeds having little understanding of where we are going or of what is causing us to live in such a dangerously ignorant manner. If we don’t remove the blindfolds soon, completing the final revolution in science, there is going to be the most tremendous pile-up, to put it bluntly.

By looking at the whole of evolution as a whole, both through time and in a snapshot in time, Koestler saw that it has an underlying arborizing, reticulating structure, which might seem so obvious that it is hardly worth stating. Apparently not, for he needed to make this statement at the Alpbach symposium of 1968, called ‘Beyond Reductionism’, saying in his inimitable manner:

This almost universal applicability of the hierarchic model may arouse the suspicion that it is logically empty; and this may be a further factor in the resistance against it. It usually takes the form of what many call the ‘so what’ reaction: ‘all this is old hat, it is self-evident’—followed by the non sequitur ‘and anyway, where is your evidence?’ Well, hierarchy may be old hat, but I would suggest that if you handle it with some affection, it can produce quite a few lively rabbits.

Koestler illustrated this point with a parable of two Swiss watchmakers called Bios and Mekhos. They both made fine, expensive watches consisting of a thousand parts. But they put them together in a quite different manner. Bios built ten subassemblies of ten components each, which were put together to form the complete watch. He was thus able to take a break at any point in the assembly without what had already been constructed falling apart. Not so with Mekhos. He tried to assemble the parts piece by piece, like laying a mosaic floor. Not surprisingly, he soon went out of business.

As Koestler said, “We do not know what forms of life have evolved on other planets in the universe, but we can safely assume that wherever there is life, it must be hierarchically organized.” It is thus rather curious that Fritjof Capra said in The Web of Life that in the ecological movement a paradigm shift is taking place away from hierarchies towards networks. It seems that many don’t want leaders, wishing everyone to be treated equally, with no one being special. And it is even more perplexing that Richard Dawkins should assert that the watchmaker is blind, that the Universe evolves without design. 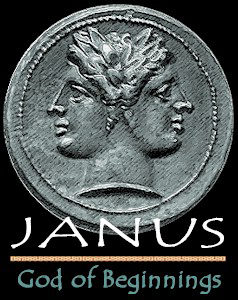 Koestler resolved this dilemma with the Janus principle, named after Janus, one of the oldest gods in the Roman pantheon. As the god of beginnings, Janus has given his name to January, at the beginning of the year. Janus is also the god of transitions, such as the global transition process that humanity is passing through at the moment, from pathogenic either-or ways of thinking and living, to a healthy both-and approach to life.

Looking at our bodies as hierarchical structures of organs, cells, and molecules and the structure of society, as the body politic, Koestler saw that each part has both an inner essence and outer environment. To denote this pair of opposites, Arthur Koestler famously coined the word holon, from the Greek holos ‘whole’ and the suffix on, which, as in proton or neutron, suggests a particle or part. As he said, “The members of a hierarchy, like the Roman god Janus, all have two faces looking in opposite directions; the face turned towards the subordinate levels is that of a self-contained whole; the face turned upward towards the apex, that of a dependent part.”

In Janus: A Summing Up, Koestler went on to say, “every holon is possessed of two opposite tendencies or potentials: an integrative tendency to function as part of the larger whole, and a self-assertive tendency to preserve its individual autonomy.” This is a clear example of both-and thinking, helping us to live in love, peace, and harmony with each other.

For instance, in Sex, Ecology, Spirituality, Ken Wilber pointed out that historically leaders at the top of hierarchical holarchies have rarely been in dynamic equilibrium with their social environment. Rather they have often formed domination hierarchies, which are based on force or implied threat of force. In contrast, to cure this pathological tendency, Ken coined the term actualization hierarchies, because their function is to maximize the organism’s potentials.

However, such holarchies, unifying hierarchies and what Warren McCulloch called heterarchies, are not the only example of hierarchical structures in the Universe. In the Unified Modeling Language (UML), such structures are called aggregation hierarchies, related to associative, nonhierarchical structures. But in the UML, there are also the all-important generalization hierarchies, like human, primate, mammal, vertebrate, and animal, concepts of ever-increasing abstraction, enabling us to see the broad patterns underlying the Universe. And, of course, there are evolutionary hierarchies, as each organism has countless ancestors and descendants.

However, with Homo sapiens about to become extinct, none of us will have many descendants to follow us. We can overcome our fears of this rather scary prospect by recognizing that a new species is emerging from the biosphere and noosphere into the Numinosphere, which we can call Homo divinus, living in union with the Immortal Ground of Being that we all share, as our Divine Essence, called Love.

We can learn how such a species could emerge from the way that new species emerge in the biosphere with the word paedomorphosis ‘the shaping or forming of the young’, in contrast to gerontomorphosis, when evolution progresses from immediately preceding forms and structures, terms that were introduced by Walter Garstang and Gavin de Beer, respectively.

Normally, in evolution ontogeny recapitulates phylogeny, as new-born individuals biogenetically mimic their parents, which Koestler called gerontomorphosis, from Greek gēron ‘old man’. However, as he put it, “gerontomorphosis cannot lead to radical changes and new departures; it can only carry an already specialized evolutionary line one more step further in the same direction—as a rule into a dead end of the maze.”

That is where either-or, linear systems of thought that we have inherited from Aristotle have led us today: into an evolutionary cul-de-sac. If we are to extricate ourselves from this evolutionary dead end, living in harmony with the fundamental law of the Universe, we need to break free of the seven pillars of unwisdom that our parents, priests, and teachers taught us at home, in church, and in schools and universities, rebuilding society on seven pillars of wisdom.

Koestler called this process paedomorphosis, where evolution retraces its steps to an earlier point and makes a fresh start in a quite new direction, when phylogeny recapitulates ontogeny. Paedomorphosis is thus a rejuvenating, renascent process; it leads to new vitality, new energies, and new possibilities.

These principles of paedomorphosis and gerontomorphosis apply equally in the noosphere, the prime example being the Copernican revolution in the seventeenth century. For Copernicus effectively went back to Aristarchus’s heliocentric view of the solar system, Aristarchus being called the Greek Copernicus, abandoning Aristotle and Ptolemy’s geocentric view, which was generally accepted at the time.

And generally, paedomorphosis does not begin on the scale of the species; it begins at the individual level, breaking the social-cognitive cycle that drives so much human learning today. For we live in cultures and subcultures that attempt to coerce us to live according to the norms of the group, inhibiting us from realizing our fullest potential as human beings, from finding our true purpose in life, as both individuals and as a species.

Paulo Coelho, author of The Alchemist, experienced just such a situation as an adolescent, when he wanted to be an artist against his parents’ wishes, three times being sent to a mental hospital to ‘cure’ him of his ‘madness’. In the 1990s, discovering many others in a similar situation, he wrote an influential novel titled Veronika Decides To Die, which celebrates individuals who do not fit into patterns society considers to be normal, becoming free of the collective madness that is called sanity. As Coelho wrote in the afterword for this brilliantly insightful and inspiring book, “Between normality and madness, which are basically the same thing, there exists an intermediary stage: it is called ‘being different’.”

Like Coelho, we all need the courage to be different—different from our contemporaries, who have been taught what they know by their parents and so on backwards in time for thousands, millions, and billions of years. For if we are to realize our fullest potential as a superintelligent, superconscious species before our inevitable demise, we need to go back to the Divine Origin of the Universe, starting afresh at the very beginning in the Eternal Now.