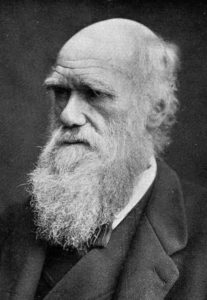 Although Charles Darwin (1809 – 1882) was hardly an outsider coming from the distinguished Darwin–Wedgwood family, as I am seeking to present a comprehensive theory of evolution to extend and replace Darwin’s, it is pertinent to note the similarities and differences between the challenges he faced and those I face.

First of all, Darwin’s On the Origin of Species by Means of Natural Selection, or the Preservation of Favoured Races in the Struggle for Life, which went through six editions between 1859 and 1872, knocked Homo sapiens sapiens ‘wise-wise human’ off the pedestal on which we humans had rather arrogantly placed ourselves.

Copernicus kicked off this process with the publication of On the Revolutions of the Celestial Spheres in 1543, which Arthur Koestler said was the ‘all-time worst seller’, calling Copernicus the ‘Timid Canon’ because he hesitated to publish this book for thirteen years. Even though Aristarchus of Samos, the ‘Greek Copernicus’, had proposed a heliocentric model of the solar system in the third century bce, Copernicus hesitated to publish his model, not because of the fear of religious persecution, but because he was afraid of the scorn and ridicule of his contemporaries and also because he was aware of the deficiencies in his model of the heavens. He was only persuaded to publish on his deathbed by his sole student Georg Joachim Rheticus, a young professor of mathematics.

Similarly, Darwin was hesitant to write out and publish his evolutionary theory for many years because he was well aware that publication would disturb people’s religious sensitivities, not the least those of his wife Emma. As is well known, he was only persuaded to do so after receiving a lengthy letter from Alfred Russel Wallace, studying in the Malay Archipelago, who had come up with a similar theory of natural selection.

But Darwin’s friends, such as Charles Lyell and Joseph Dalton Hooker, encouraged him to write and publish his book, which was immediately very popular, selling its entire subscription of 1,250 copies on the day of publication. And after publication, he had the advocacy of Thomas Henry Huxley ‘Darwin’s Bulldog’, grandfather of Julian and Aldous Huxley, who have had a considerable influence on my own evolutionary thoughts, my awakening, and the awakened society that these could lead to.

Secondly, Darwin’s theory is deeply flawed, just as Copernicus’ heliocentric model of the solar system was, with more epicycles to adjust the supposed circular motion of the planets than Ptolemy’s geocentric model. In the event, Kepler and Newton produced the mathematical models necessary to establish the Copernican revolution as sound science.

In Darwin’s case, even the title of his book is misleading. As Lynn Margulis and her son Dorian Sagan point out in Acquiring Genomes: The Theory of the Origins of the Species, “in 500 pages of closely spaced type the title question—on the origin of species—[was] entirely circumvented—abandoned, ignored, or coyly forgotten.” Quoting the Australian biologist George Miklos, “The ‘struggle for existence’ has been accepted uncritically for generations by evolutionary biologists with the Origin of Species quoted like so much Holy Writ, yet the origin of species was precisely what Darwin’s book was not about.” 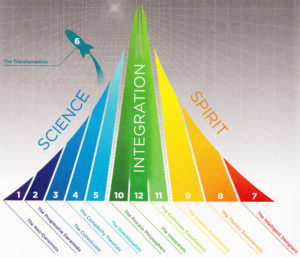 Here is not the place to explore the history of the many attempts to further evolve Darwin’s theory of evolution, illustrated in this diagram in a 2007 issue of the What is Enlightenment? magazine.

All that needs to be mentioned here is that we need to add the mathematical, meaningful, and mystical dimensions to the theory in order to answer the most critical unanswered question in science: “What is causing scientists and technologists, aided and abetted by computer technology, to drive the pace of scientific discovery and technological development at unprecedented exponential rates of acceleration?”

A number of mathematicians have studied the growth of systems under constraint, such as populations of animals, including Pierre-François Verhulst, D’Arcy Wentworth Thompson, and Robert M. May, later to become Chief Scientific Adviser to the UK Government and president of the Royal Society of London. Using the nonlinear mathematics of systems dynamics, he showed that such processes lead to chaos, as I explain in my book Through Evolution’s Accumulation Point: Towards Its Glorious Culmination. We can only escape from chaos by being aware of why the global society is degenerating into chaos at the present time.

Regarding the mystical, Teilhard is most famous for bringing Life back to biology, from Greek bios ‘life’, emphasizing that we can only understand evolution as a whole by studying its leading edge in humans, learning in the noosphere. By applying Self-reflective Intelligence to model the way we create concepts and organize our ideas, using the abstract information systems modelling methods underlying the Internet, we can define evolution, in all its forms, in this way: Evolution is an accumulative process of divergence and convergence, proceeding in an accelerating, exponential fashion by synergistically creating wholes that are greater than the sum of the immediately preceding wholes through the new forms and relationships that emerge, apparently out of nothing.

Not only does this comprehensive model give meaning to our lives, it also enables us to model cladistic theories of evolution that have arisen from discovering the structure of the DNA molecule, as it has evolved over the millennia with its four-character language and three-letter words. All this I explore in The Four Spheres: Healing the Split between Mysticism and Science, showing how we have the potential to realize our fullest potential as super- and transhuman beings, far beyond any level of intelligence that machines, like computers, might be programmed to develop.

However, nobody has yet read these two evolutionary books, perhaps they are based on simple commonsense, which our mechanistic cultural conditioning has tended to distort. So I am looking for some young people to help me publish these books, just as Edmond Halley, of Halley’s Comet fame, paid for Newton’s Principia to be published in a few dozen copies. It is time to show that the emperor is wearing no clothes. 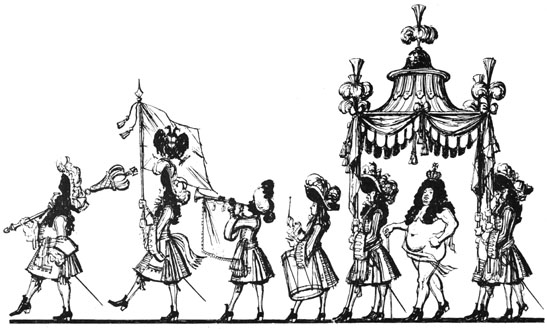