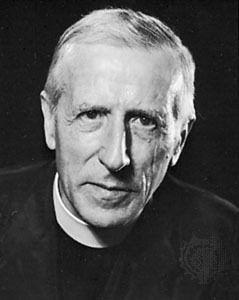 I came across the life and work of Pierre Teilhard de Chardin (1881 – 1955) in 1980 after I had coined the word hologenesis to mean the evolution of wholes that are greater than the sum of the preceding wholes through the new relationships that are synergistically formed, apparently out of nothing. I intended the word as a generic for morphogenesis, phylogenesis, and ontogenesis, in preparation for developing a general theory of evolution that could include human learning.

On consulting the Oxford English Dictionary, I discovered that this word had been used in Italian in 1918 and in 1959 in The Phenomenon of Man, the first translation of Teilhard’s Le phénomène humain published posthumously in 1955. Teilhard had written his magnum opus between 1938 and 1940, regarding the human being as the key to the understanding of evolution, which he had begun to explore in the 1920s when working as a palaeontologist in China.

However, as Ursula King tells us in Spirit of Fire, despite the support of some of his Jesuit colleagues, the leaders of the Society of Jesus in Rome forbad publication, as they had done with Le milieu divin: An Essay on the Interior Life, written in China during Teilhard’s darkest hour in 1927, much to Teilhard’s disappointment.

After publication, this wonderful book was also attacked by scientists, especially Peter Medawar, who mockingly called it an ‘incoherent rhapsody’, saying, “The Phenomenon of Man cannot be read without a feeling of suffocation, a gasping and flailing around for sense.” He regarded the greater part of the book to be nonsense, “tricked out with a variety of metaphysical conceits”, deceiving everyone.

One who was not deceived was Julian Huxley, author of Evolution: The Modern Synthesis, who wrote the foreword to the first translation into English. Like Teilhard, he could see that “the Universe is becoming conscious of itself, able to understand something of its past history and its possible future.” As he said in a 1957 essay titled ‘Transhumanism’, by “destroying the ideas and the institutions that stand in the way of our realizing our possibilities”, we could understand human nature, what it truly means to be a human being. We could thereby transcend our limitations, fulfilling our highest potential as spiritual beings, living in mystical ecstasy, free from the suffering that has plagued humanity through the millennia.

For myself, the most important insight in this visionary book is that one day all the divergent streams of evolution would converge in a megasynthesis of everything, at what Teilhard called the Omega Point. Although I didn’t fully understand Teilhard’s unusual terminology the first time I read it, requiring a book published in English in 2004 to explain, I soon realized that he essentially prophesied what had happened to me since my biological conception in the late summer of 1941.

By the spring of 1982, when I was helping to design and implement a new management accounting system for the Kuwait Institute for Scientific Research in the middle of the Falklands War, I realized for the first time that I had been carried to evolution’s Glorious Culmination.

It was, at once, the most exciting and terrifying moment of my life. Feeling at one with the Cosmos, I could see that Homo sapiens would become extinct within a few generations. It is an evolutionary inevitability that one day in the not too distant future a generation of children will be born who will not grow old enough to have children of their own.

But my excitement told me that the existential fear of death could be conquered, that as a species we could awaken in the eschatological Age of Light, free of the constraints of all the religions. Teilhard called this fourth stage Christogenesis. But this is not really an evolutionary process. It is more a psychological dying one, as we let go of attachment to our egoic minds, necessary if we are to realize Christ or Buddha Consciousness before the deaths of our bodies.

After a very long journey, in the autumn of 2015, I wrote a book inspired by Teilhard’s four-stage model of evolution titled The Four Spheres: Healing the Split between Mysticism and Science. Then in the winter of 2016 I wrote a second book titled Through Evolution’s Accumulation Point: Towards Its Glorious Culmination showing how we can use the nonlinear mathematics of systems dynamics to explain why the world is degenerating into chaos at the moment, with a few oases of self-similar order among the turmoil.

If these oases of sanity could coalesce, we still have a chance of harmonizing evolutionary convergence, the principal purpose of the Alliance for Mystical Pragmatics. We don’t have lift-off yet. But maybe this is still possible.